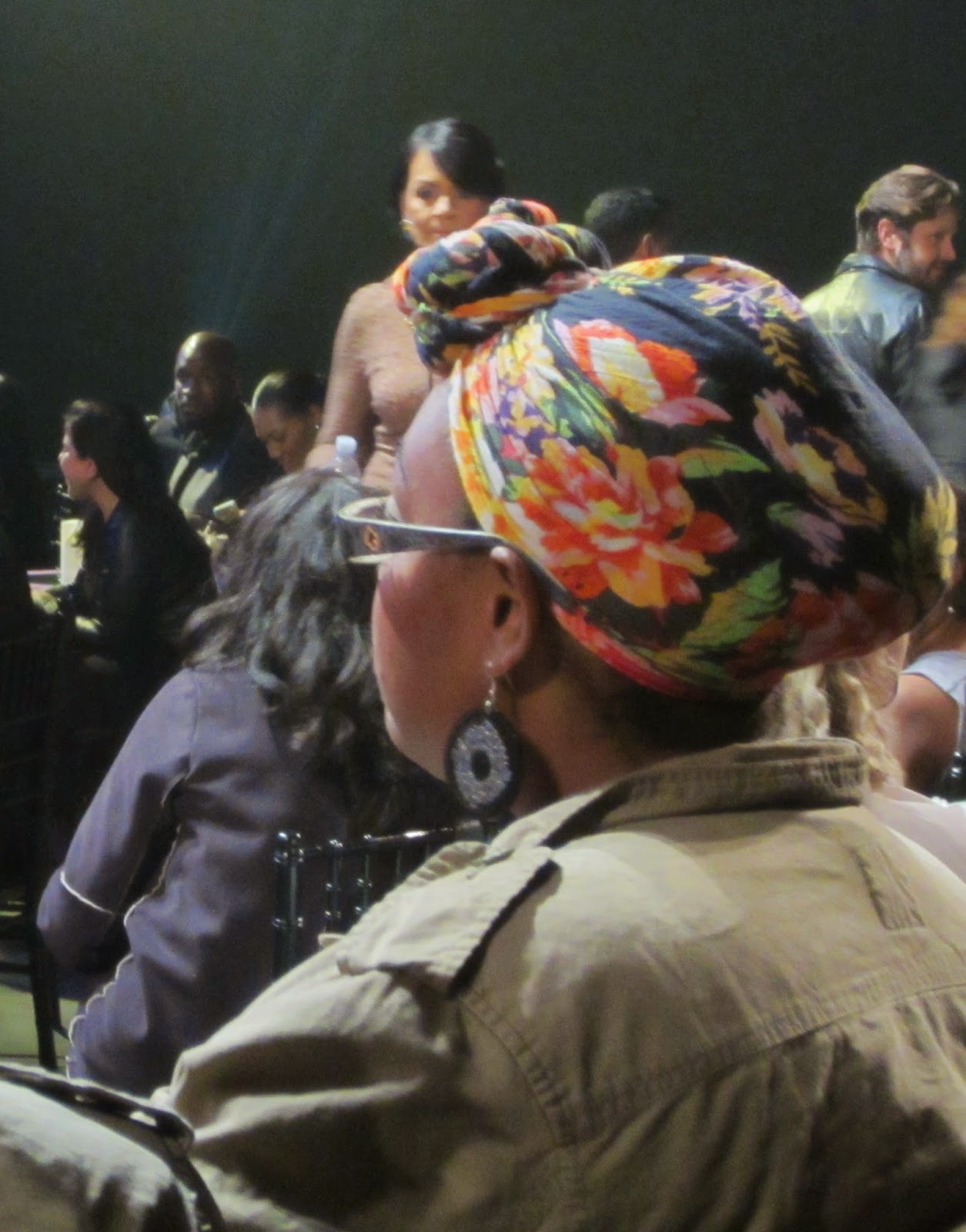 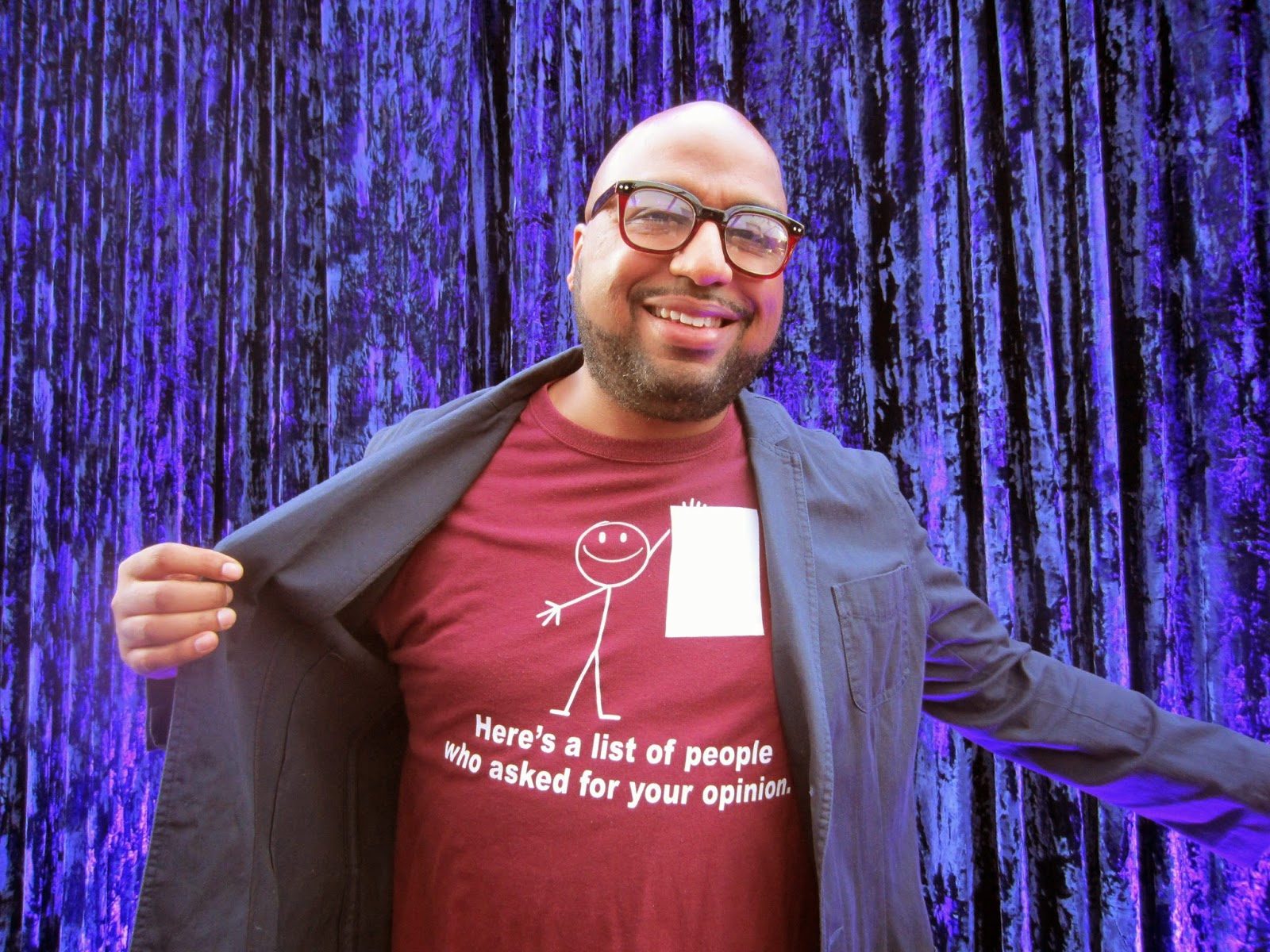 So much gorgeous color! Elegant people, come to the Siren to hear something new and cool. The sound stage was set up like a jazz club, with little tables with lit candles. The pretty people got seated first (next posting will get to this, a bit.) Attendees indulged me considerable and permitted me to take photos when they had something going that caught my eye. (See above.) Once we were all in the sound stage, the MC--can't bring back his name, nor find it on Lexus Verses and Flow--was good at working the crowd and keeping an enthusiastic vibe going, but I don't think he really gets why someone would write and why someone else would want to hear what was written. Introducing the third poet, a soulful faculty member back East, the MC told how the poet had been in love with a girl in college. Deeply painfully pointlessly futilely in love, the poet had started writing poems to this girl.  I mean, this girl really must have been somethin' ,said our MC. Imagine a girl that makes a brothah want to go back to his room and sit down and write a poem. The audience listened politely, imagining this and evidently having no trouble doing so. Apparently this was supposed to have made us laugh, but no one laughed. OK, rallied the MC, that was the sound of a joke falling flat. Go back, he called out to the camera crew, and they re-taped the 'joke', the MC this time telling it so that it didn't sound like a misstep, and so that his recovery wasn't part of the show.
Posted by Karen G-M at 8:19 PM