I love you, goodbye, I love you 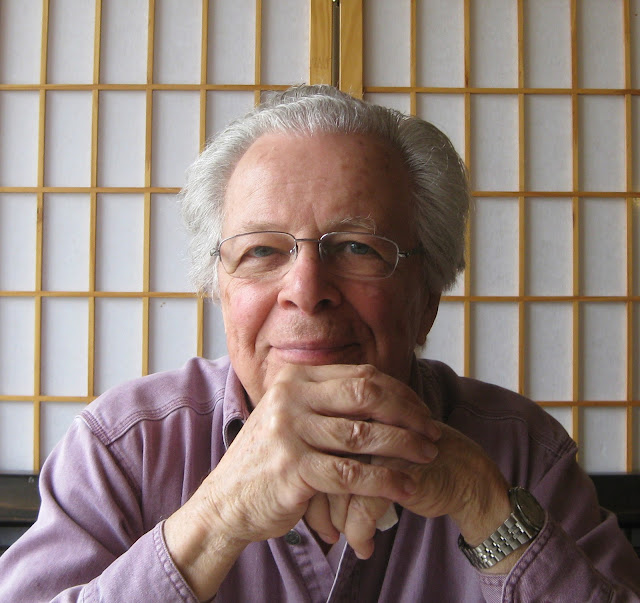 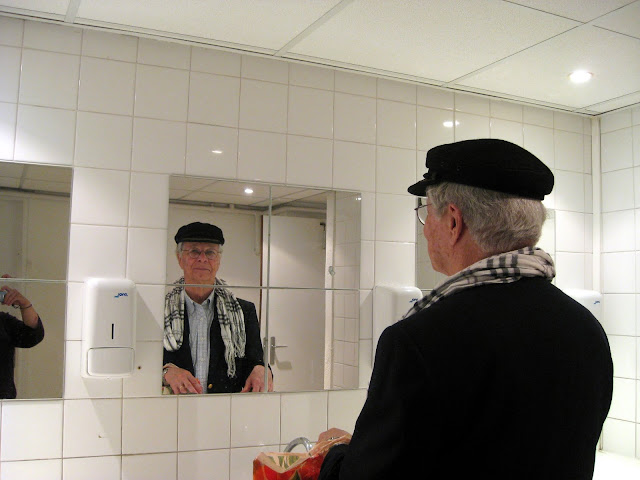 My beloved husband of 35 years, Walter Maya, died on December 16 of lung cancer. He died at home on hospice, free of needles or tubes or any of the futile torments to keep him 'alive' without the capacity to live. His death leaves a vast emptiness in my life, the more so as I had spent most of the last three years taking him to medical appointments, helping him manage activities that he had previously performed independently, taking over all the running of the household and of our lives, and generally loving and reassuring him that I did not love him less as I cared for him more. He was--he was flat-out wonderful, a man of integrity, passion, and wit, with a sly sense of the ridiculous and a love of beauty that extended far beyond his field, organic chemistry. He was my soulmate and companion and dearest friend. (Not incidentally, he was also gorgeous!) I never met anyone else like him, and I doubt I will again. Goodbye, dear love. Goodbye.

The thing is, during his last four months, I essentially stopped writing. I couldn't encompass processing what I was living into poetry. Revision seemed trivial, submitting poems even more so.  I don't yet have time--not really--not with a memorial service and the godforsaken holidays and the notifications and all. Yet somehow, some energy has been freed up. I don't have poems yet, but I do have writing:  fragments, ideas, metaphors. I haven't worked on any of it yet, but I'm making notes. We'll see what comes.
Posted by Karen G-M at 11:09 PM 2 comments: 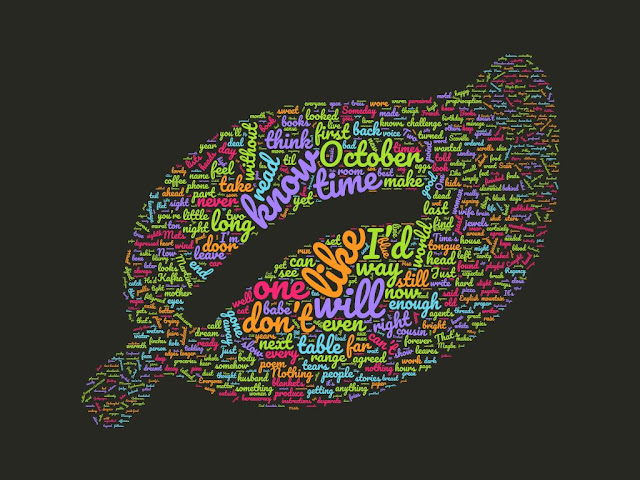 In case you ever wondered if there are words you use frequently--too frequently--there exist some marvelous programs on the web that will map out a given text visually. I don't mind the words I'm repeating, and I'm glad that there are so many I used only once. The text here was the entirety of the poems I wrote in October for Tupelo Press's 30/30 project. That is correct:  thirty poems in thirty days. I can't quite believe that I did it, but the poems are there to prove it. Now, to revise and edit. 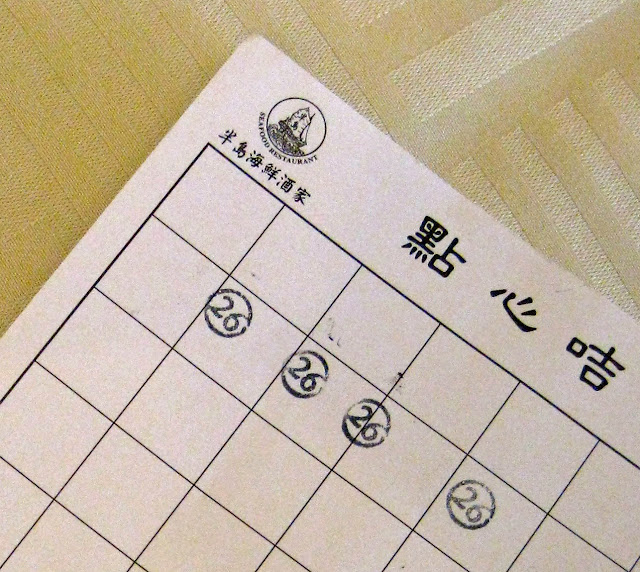 Day 26 and I find myself second-guessing. The last few days I've posted lighter poems, rhyming and playful--and I'm asking myself, where's some depth? Where's some insightful epiphany that illuminates some  corner of the world? Jeez. I do get tired of being on the wrong side no matter what side I'm on. 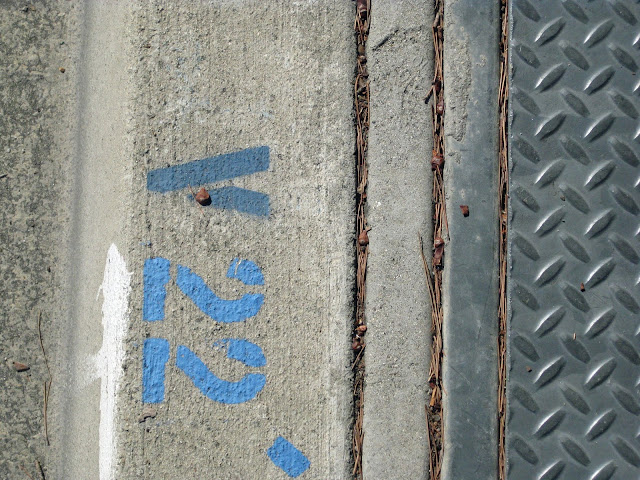 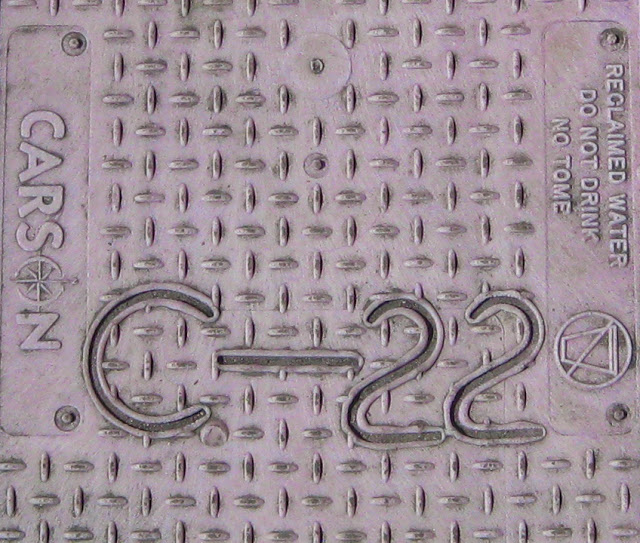 ...though not in a bad way, if I can say that. It's not only that my verse seems barren of new pride, and that I'm saying to myself, "Also not a poem!" but also that I'm saying "So what?" Apparently, so are others in my cohort. They're feeling drained. A lot of the posts on the web site are about having nothing to say. Oh, I hear you. (Go to  https://www.tupelopress.org/the-3030-project/ if you want to see what I mean.) People are digging deep, into old matters, casting wide to snag something out of their day-to-day, even flailing a bit (who, me?). Though yesterday I did write quite a lengthy poem about strategies writers use to call up inspiration. Shannon Winward, are you listening???? Meta enough for ya? 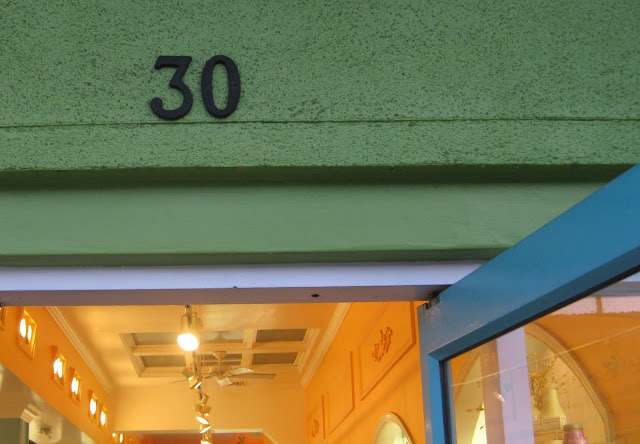 As in this photo, where you glimpse the promised golden land, I do believe I will get there.
Posted by Karen G-M at 9:59 AM No comments:

What on earth is a German major-turned-psychologist doing working seriously at writing poetry? Especially with what my life is like right now, with realistic fears about my husband, to commit to writing a poem a day for an entire month, thirty poems in thirty days. Some are better than others (!), some are drafts with possibilities, some are tickled with thunder, and some are pretty strange. You’re not wrong:  it is a wild time and a crazy decision, but something about it seemed like the thing I needed to do right now.

Now I’m over 60% through the month, and so far I have missed only one day. (My husband was in the ER the night before, so there was no sleep until the next day when he got home. Writing simply was not in it.) Otherwise, I have produced a poem every day. The experience has been weirdly freeing, since I don’t feel obliged to come up with a good poem, or even a poem I think someone else might like to read. All I gotta do is keep writing them down. I am realizing that I probably could keep writing much more if I weren’t pre-judging. Among other things, it makes me think about what constitutes a real poem. http://cloudslikemountains.blogspot.com/2014/08/its-real-poem.html?showComment=1411446737844#c7310707965324255828  If you want to see what I have come up with, check out this web page. Just scroll down through each day to see what I, and the other October poets, have produced. https://www.tupelopress.org/the-3030-project/


Another reason to check the poems out is that Tupelo Press, like all creative writing publishers, needs money to keep running. All the editors work for love alone. I’ve never hit anyone up for a walk-a-thon, or a human rights campaign, or a cure-disease-X drive (not even my own). Supporting poetry, though—on that one I can reach out. If you feel so moved, you might click on this URL  https://tupelopress.networkforgood.com/projects/59373-tupelo-30-31-karen-s-poem-a-day , which is my very own fundraiser page, and pop in $5 or so. It all adds up. If you don’t care to donate, no worries.

Victims and martyrs: a who's who of oppression 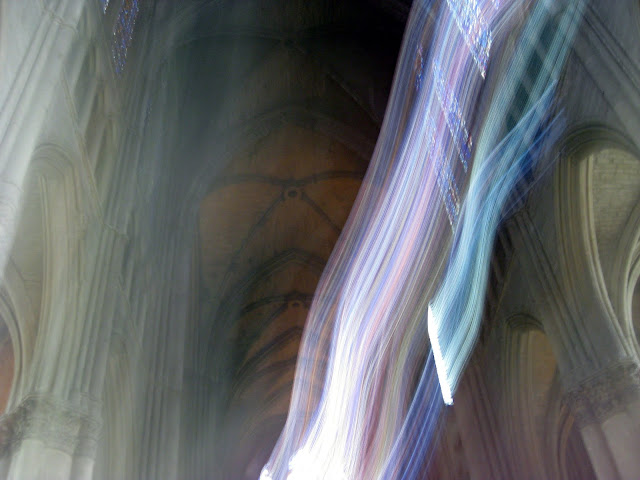 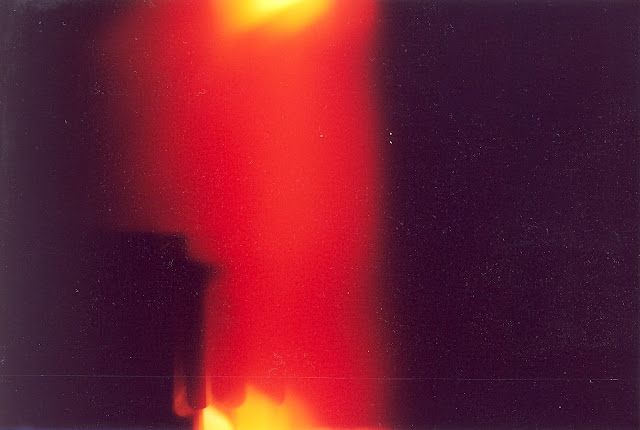 When it comes to keeping up with Our President's proclamations, the answer is simple:  it can't be done. As Trevor Noah has said, "Ain't nobody got time for that." Instead of blatting out responses of horror and doom every time, I have been noting the style and content of his and his supporters' complaints. Voter fraud, underreporting attendance at public rallies, sources of terrorist attacks, police-citizen violence, 'fake' news--all are important issues. What strikes me, however, is that the right has to dig for incidents, with disproportionate outcry, while the left points out actual events. No special inner-circle knowledge needed, no arcane interpretations or conspiracies. Just stuff that happened.

Voter fraud? The very few instances of someone voting under someone else's identity are mostly accidental--son (jr.) mistakenly signing in father's slot on the register (sr.) Voter suppression? Thousand upon thousand of voters turned away from polling places, guilty of voting while black or brown, or of being students living at their university, or not being able to afford a credit card.

Of the terrorist attacks in the continental US since 2001, the vast majority were carried out by individuals born in the US. Of those, most (can't track down the numbers on this right now--blood sugar dropping) were not Muslim, but were white anti-government, using their legally obtained assault weapons.

Incidentally, I obtained/created both these images when my camera battery was failing. Visions of the apocalypse.
Posted by Karen G-M at 11:01 AM No comments:

I Have a Lovely Problem 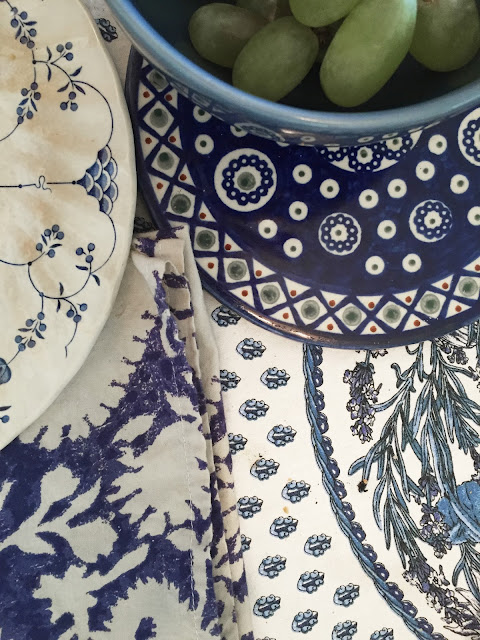 The Riverside Community Art Association Gallery in Riverside, California is hosting a show, to be called Writers Who Art, Artists Who Write. If you are someone like me who writes and who goes visual by photo, this makes an opportunity to let one modality speak to the other. The projects are to be in the form of a diptych of 11 x 14 boards with the work arrayed on them. Lisa Henry, one of the organizers and the one who so graciously invited me to participate, agreed that thinking of the whole as a multi-media chapbook was a useful conceptualization.

At first I thought of the photos mainly as illustrations of the poems. Then I realized that the poems could be expansions of the photos. I have occasionally been asked to contribute photos to accompany pieces of other people's writing, and I have thought of it as showing a mood. The whole process makes it clear to me that I am, fundamentally, expressively more verbal than visual. Still, I wanted the entire diptych to make the viewer look from one thing to another, and to find that one thing commented on the others. A completely different way of thinking and proceeding and making choices for me, and I really appreciated it. The diptychs will be coming home at the end of next week, and I'll try to take decent photos of them and post them here.

We were talking about Trompe this morning, and I remarked idly that his cluster of behaviors rather resembles Frontal Lobe Syndrome. Then I started thinking about it, checked in my books, and finally saw the following online: 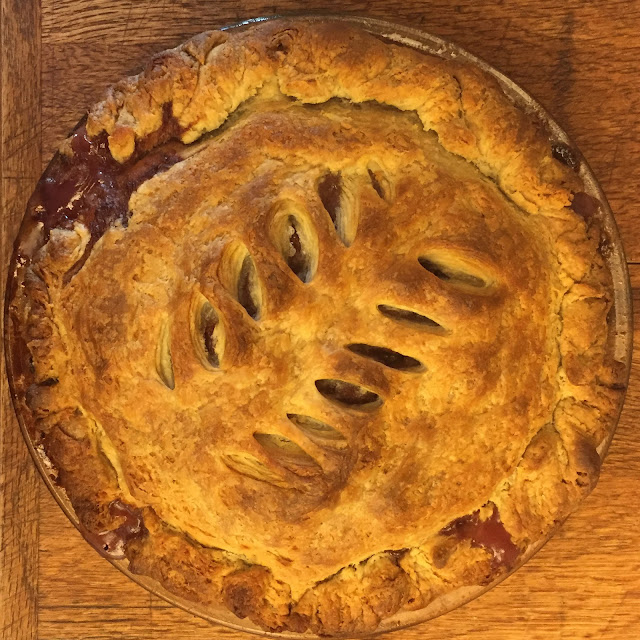 Pie are square. Pie is round. Pi is approximately 3.14159265.... I know this--that is, I still remember this--because my idea of a good time in high school was to compete in the honor society quiz team against other local high schools. Other students submitted questions (vetted by our faculty sponsors) and we four had at them. Students liked to ask us to give the values of e, and π, and√2. All to 10 places, of course. I specialized in reeling them off like a phone number. God help me, I still love to produce right answers. In this instance, I have wrestled for 52 years to produce the perfect pie crust.  A golden flaky crust is almost a prayerful experience--and takes the same kind of focus and intention and devotion. We'll have some for lunch, and maybe for breakfast tomorrow, if any is left. It's only a 7" pie. But check out the flaky layers!

Postscript:  If I do say so myself, this may have been the best pie I've ever made. Pastry as buttery and flaky as any I had in France. Miam miam! [French for 'yum yum'] 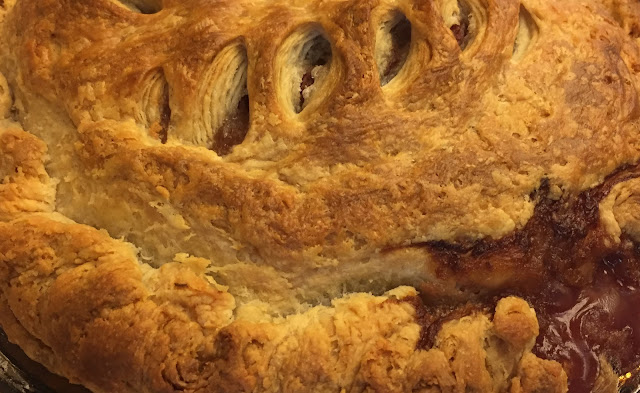