A long time ago, in a galaxy where all the cats are polydactyl... 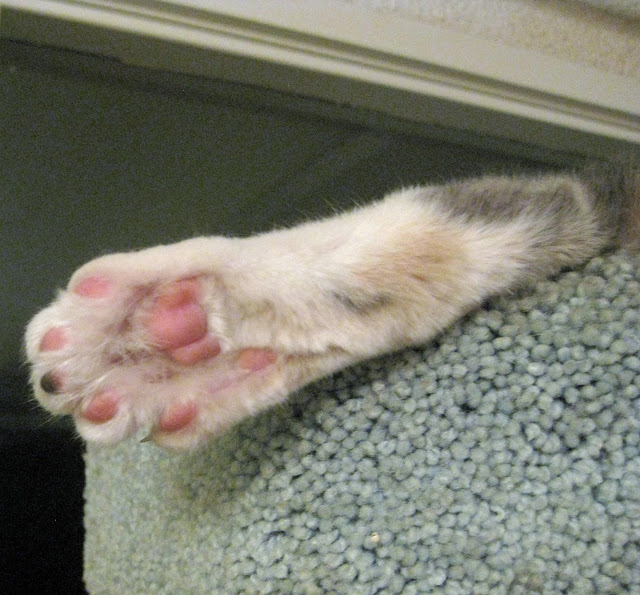 Well, we saw the new Star Wars movie/episode today. I saw the original three when they first ran, when I was in my late 20s. I never bothered with the second three. Some observations from this afternoon:

1. Storm troopers still can't shoot for shizzle.
2. All tropes from the originals are here. If you wanted to play a drinking game, taking a shot every time you recognized some plot movement (never mind every time an original character shows up) you would be quite soused.
3. Despite action including fires, explosions, running through forests, and desert planets where water is scarce, no one's face ever gets smudged, no one's clothing rips or gets grimy, and everyone's fingernails stay clean.
4. Mark Hamill has no lines, but I bet he got paid a lot more than several others--and, he gets top billing, over the title.
5. There is even a reprise of the infamous bar scene, said bar run by a character who looks like a cross between ET and Edna Mode, although I have read that said character is modeled on a writer's high school English teacher.
6. The new generation's evil and petulant dark lord looks like the love child of Ben Stiller and John Travolta. Also, why are all his features too big for his face?
7. They still can't get units right (e.g., parsec as a unit of time??).
8. Similarly, in this galaxy far far away, vacuum transmits sound.
9. Also, F=ma has been suspended for the duration.
10. However, this time around, there is underwear in space.
11. I didn't know light sabers could stab.
12. I'm not sure, but I thought I saw Jar Jar Binks get slaughtered in the first attack scene. (I may not have seen the second three, but, hey, I keep up.)
13. There seems to be an awful lot of burlap, extraterrestrially and fashionistically speaking .
Posted by Karen G-M at 11:30 AM 3 comments:

Distressing accident: death of a hawk 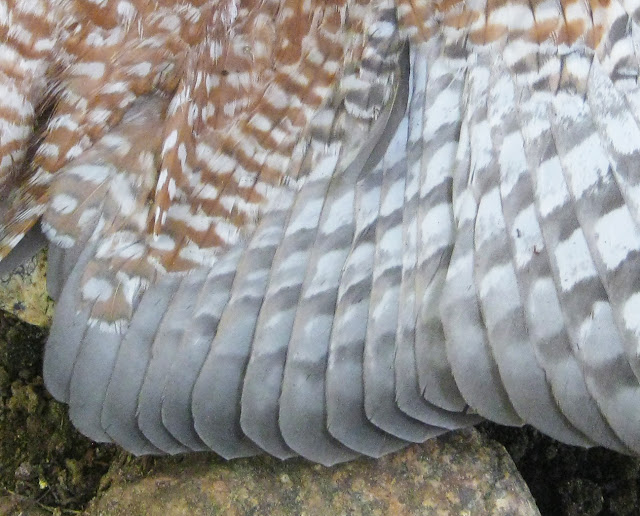 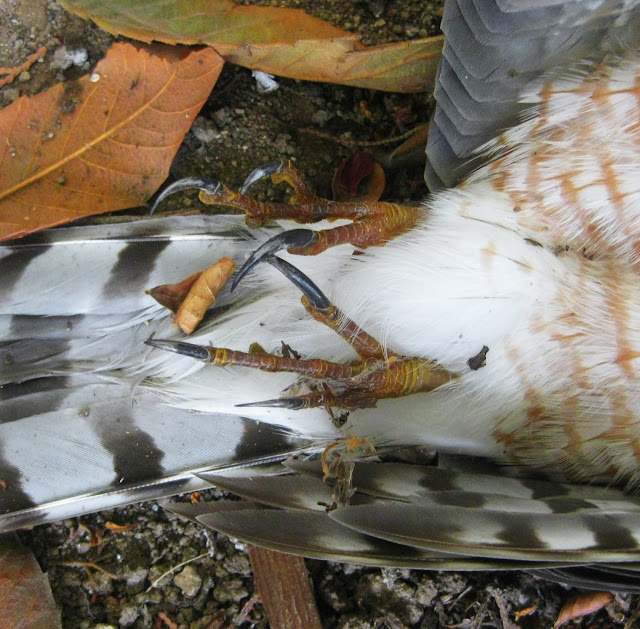 The top photo is the underside of the wing of a hawk that crashed into a window and broke its neck. The lower photo is a close-up of the delicately and fiercely articulated feet. We must not have been home, because its impact would have made a noise like a car crash--and it was, essentially, a high-speed collision. We had noticed a new hawk in the tree in our front yard the day before. This is, I think, a sharp-shinned hawk; they have a sneaky habit of zooming through our backyard and trying to pick off smaller birds from the bird feeder, which is why we moved the feeder into the patio a few years ago. This one probably mistook a plastic barrier for a clear pathway. The plastic is rather dirty and streaked with cobwebs (not proud of this) so the hawk should have been able to tell that it was not an open passageway. We try to keep the bird feeder from becoming a hawk-feeder, but I'd rather have the live hawk. Hawks maun live, after all.
Posted by Karen G-M at 10:28 PM No comments:

All this is true 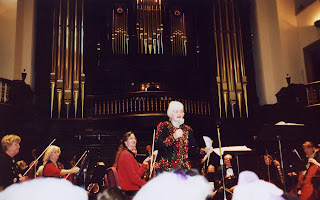 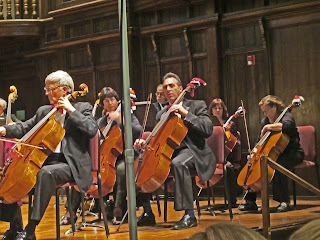 I've sung in the local Messiah sing-along for 24 years. All sorts of people show up. I have seen professional singers, former interns' former clients, church ladies, my husband's tone-deaf ex, and once...


I heard him fussing his way through the altos,
scraping chair after wooden chair,
demanding to sit next to someone
who knew the score.


He told me he planned
to become an Episcopal priest
when he retired from his career.
You have to know the right people, he said darkly,
remembering who had thwarted him,
and you have to spread some money around.


He sang mostly in falsetto,
hooting on high notes as counter-tenors often do.
He damned the mezzo soloist—
no passion, no feeling at all;
I myself have sung those arias
so many times I’ve lost all count.


His voice wasn’t half-bad, and he could hit his notes,
but he didn’t know the music as well as he thought,
and he jumped the cues for entrances,
darting in early, spooking other altos so
All They Like Sheep Did Go Astray.


And after we’d sung, he had no pleasantries,
just handed me his glossy business card
with its blurred head-shot.
“Call me if you ever need a lawyer,” he said,
and headed up the aisle.
--first published in Viral Cat, 2011
Posted by Karen G-M at 1:34 PM No comments: 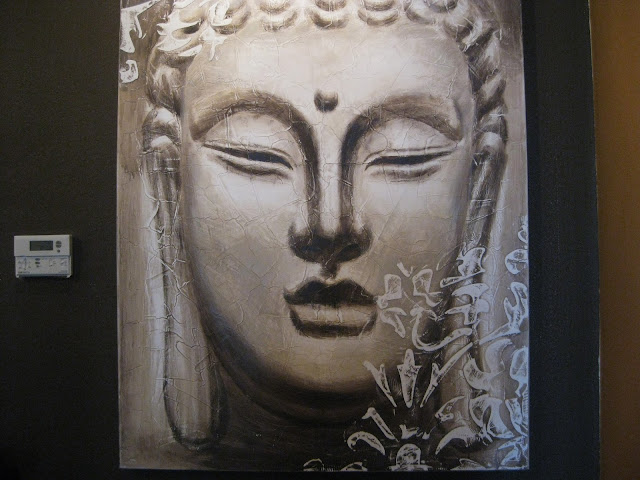 Overheard at the yoga studio I use, near the shoes-and-coats cubbies: 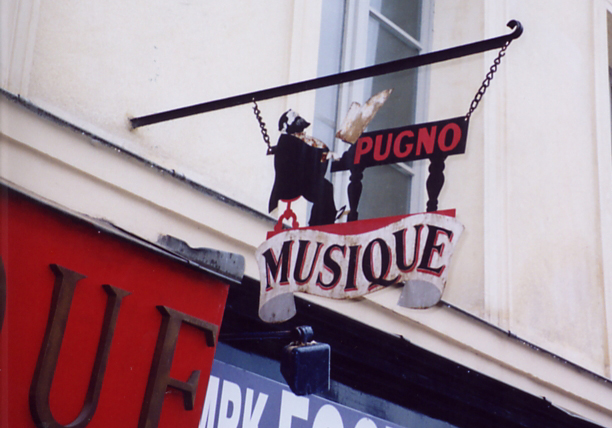 Above, a sheet music store on the Left Bank of the Seine, across from the bouquinistes.
Below, Tuvan musicians playing outside the Beaubourg Pompidou. 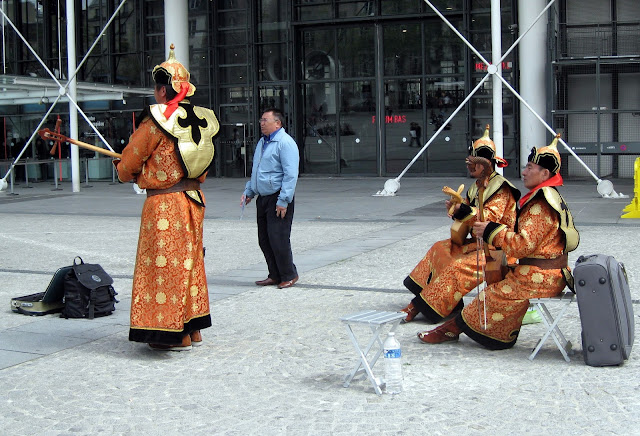 I get earworms. It's not a medical condition, although it may perhaps be a neurological one. I'll get a tune in my head and it will play and play, and repeat and play some more. I think of it as K-REN, the soundtrack of my life. Today, for instance, I've got an entire set, including so far:

I know, I know--it's a very weird playlist. I don't really have a good interpretation of why these pieces of music are insisting that I listen to them. These particular clips have ads, but you can usually skip them after a few seconds.