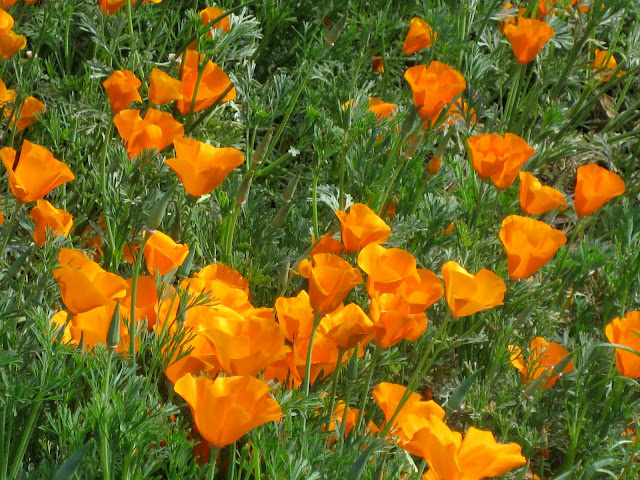 It's getting to be a busy Spring, I am happy to say.
An ekphrastic poem, "Still Life with Anemones"; "Room at Arles",
has just been published by Psychic Meatloaf (peculiar name, but I'm in good company).
In fact, George McKim flouted his own editorial policy and picked it up the day he saw it, which still gives me a frisson. Not that I'm boasting or vaunting or anything.

Yesterday I heard back from Waccamaw:
they are taking "My Mother Is a Metaphor, to appear in their Fall 2011 issue.
This will be my fiftieth published poem, hotcha!

When my voice returned in writing poetry in 2007,
I hoped that I might succeed in the larger world,
but I did not actually expect that I would, nor that it would fly this well.
I had gone mute (poetry-wise) in 1989 when I was diagnosed
with a serious (yeah, life-threatening) illness.
I tried now and then, but really, it was fake, and I could tell--
you know what I mean.

But! in San Francisco on a vacation with my husband in 2006,
I overheard a conversation at the next table that I couldn't parse out relationally.
When I finally realized what was going on, I was somewhat on fire about it,
and when we got back to our room, I sat down to write.
(Maybe it's time to go back again and take another look at the draft.)

During a poetic dry spell, Randall Jarrell wrote to a friend,
"Help help, a wicked witch has turned me into a prose writer."
Don't get me wrong:  I like prose.
I take pains, and then pride, in writing good prose.

But it's not poetry, is it?
Du holde Kunst, ich danke dir dafuer.

Quote of the week--it's a deep one 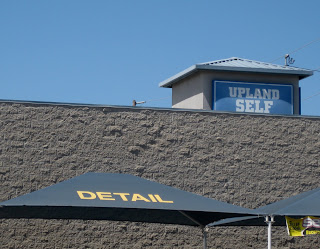 "Not Found:  Sorry but you are looking for something that isn't here."
Posted by Karen G-M at 9:18 PM No comments: 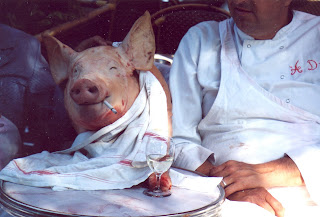 Recently, Off the Coast, a lovely journal out of Maine, accepted some of my pics.  I like this publication a good deal, and I always feel I'm in good company when I place a poem or photo there.  One file made it over to them in hi-res format, but the other two (one out of the cochonnerie series, of which I offer another one above, and the other photo a very different matter of shadows through a parasol) kept coming through at 72-dpi.  I scanned them in at 600 dpi!  I sent them through different email addresses and in tif as well as jpeg formats.  The editor is convinced that the problem lies on my end; I of course am not convinced.  I wish I had more knowledge here.
Posted by Karen G-M at 8:11 AM No comments:

Quote of the week 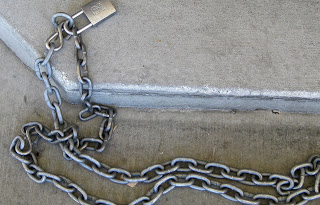 Trying not to implode over impending gridlock...