This frightens (and fascinates) me 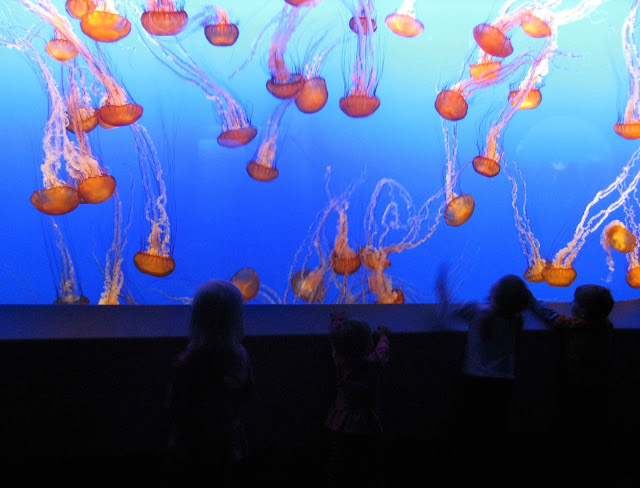 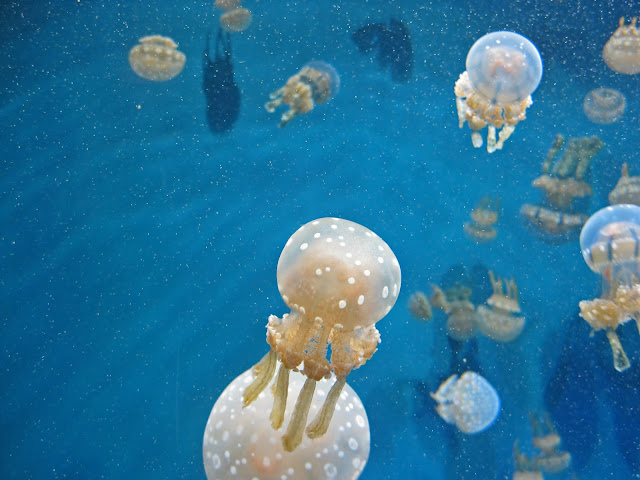 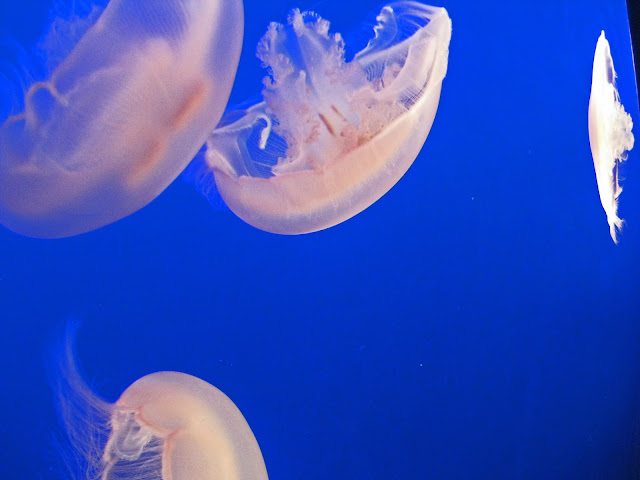 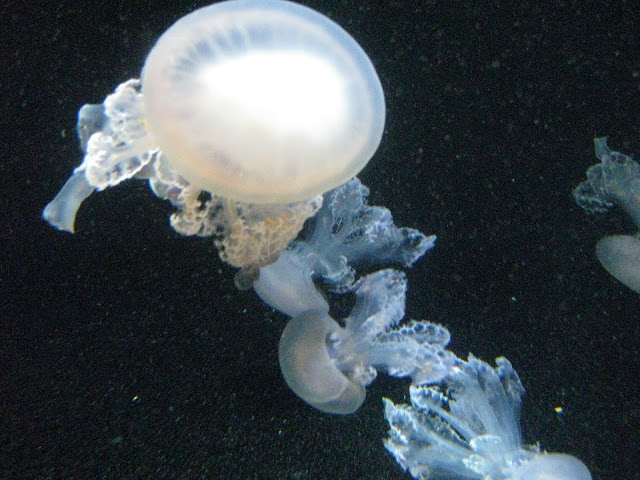 The real world is more frightening than anything you might make up. For instance, global climate changes are altering the ocean such that the number--or should I say amount?--of jellyfish is increasing hugely. They make beaches dangerous for swimmers, clog the intake valves of any machinery, consume the food supplies of species we desire. Some of them pretty much cannot be killed, as bits of them can grow into new jellyfish. They can fertilize themselves, they can go dormant for 100 years, and warming conditions just keep making the environment ever more jellyfish-friendly. They are spooky beautiful, and look like clouds of invasion. That's a nightmare to me.

All photos were taken at the Jellies exhibit of the Monterey Bay Aquarium. It's a fabulous display of jellyfish, but I must complain about the dorky psychedelic/funkadelic presentation. Loud funky music, and even funky breaks down when it is repeated too many times; groovy op-art patterns and colors. If I had done drugs in the sixties, I might have thought I was having a flashback.
Posted by Karen G-M at 9:18 PM No comments:

Overheard: Why it is a good idea to go out to lunch 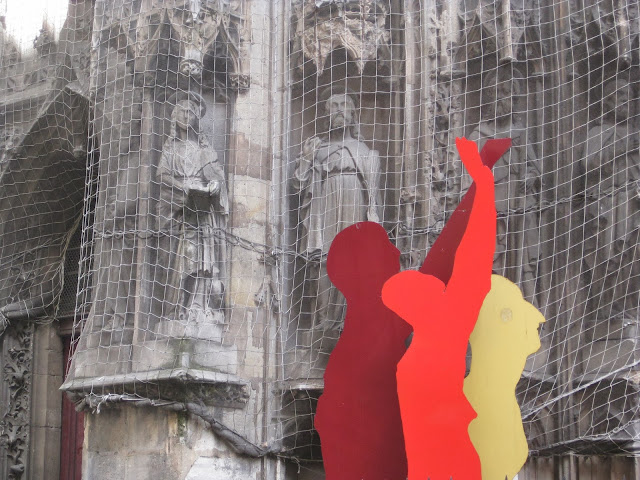 From the department of things you simply cannot make up:  we were having lunch in a very conventional restaurant in our town. Delicate stomachs, long story, not relevant. Anyhow, I truly could not help but overhear the story one middle-aged woman was telling her companion, an older woman. I couldn't help overhearing because the speaker was LOUD. This is what she said, verbatim, no interpolations or omissions I promise:

"This cleaning product is all natural. It kills bacteria, but you can drink it. I do. This is the company that Richard was looking into. A pharma company went into his computer and deleted the file--so unscrupulous. She [no idea] is disgusting, despicable. Richard's business partner killed him. It was a mess. The FBI got involved. He was embezzling our money and everything. Organized crime. Richard lost it all--all his hair too. He started early.

"Richard's sister's husband's brother was murdered. He got into it with a homeless woman. She came back with five friends and they stoned him to death. They were on meth, pinned down his legs with a boulder. Richard gave him a beautiful service. [vigorously and with gestures, imitating Richard, I suppose] 'As he was dying, Sataaan went to pull him down, but Jesus flew in and snatched him up--and I know your brother sits in Heaven this day.'"
Posted by Karen G-M at 9:57 PM 3 comments: