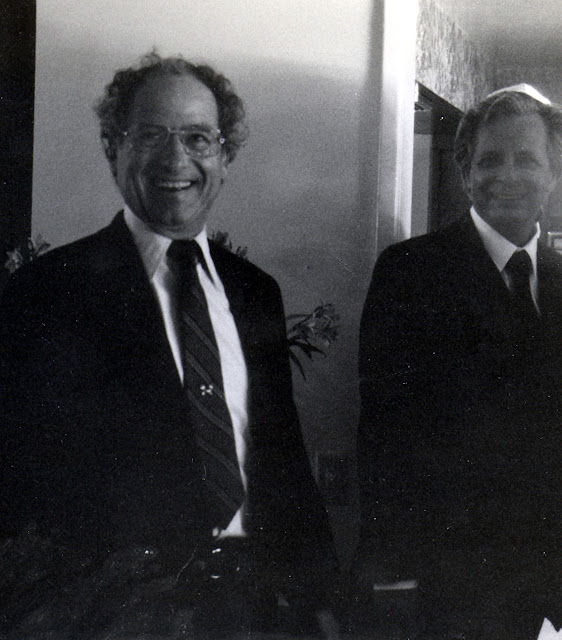 My dear friend, my former analyst and supervisor, my mentor and quasi-father, Meredith Burton Mitchell, died today, two months short of his ninetieth birthday. He had suffered increasingly poor health over the last several years. His first heart attack came 35 years ago, late for the men in his family, most of whom died before they were 50. He labored mightily to support his health, his heart, despite several other miserable conditions. His big conceptual contribution to Jungian psychology was to recognize that the opposite of the hero is the victim, and he was determined not to be a victim. Here he is at the left, rejoicing at my wedding, where he was one of the chuppah bearers. The chuppah is the traditional canopy under which the bridal pair stands, and Meredith joyfully helped consecrate my union with my husband. 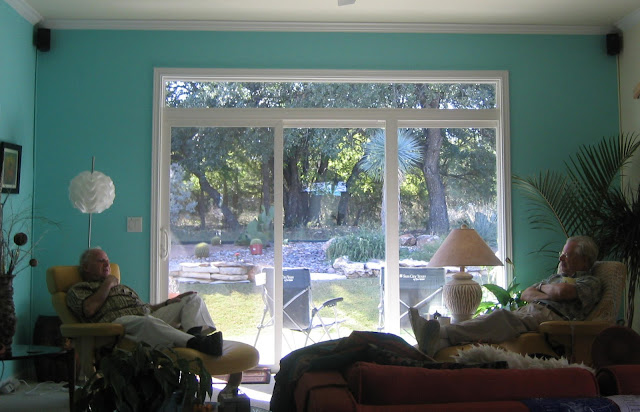 Here are Meredith and my husband talking about life--children, retirement, deep and playful thoughts--in Meredith's airy home. I was so happy that they got along so well together. 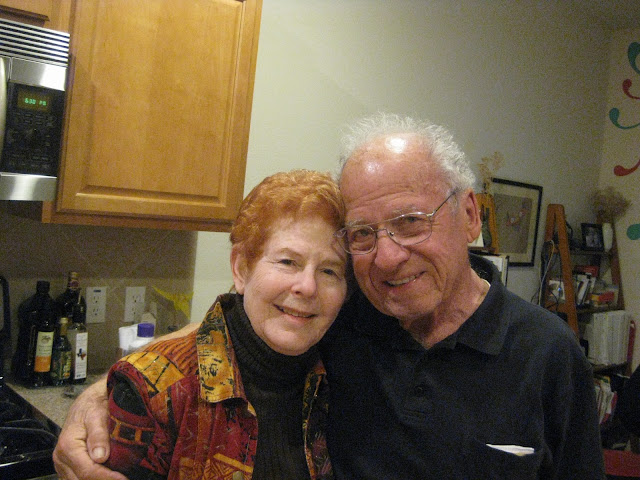 Roberta, Meredith's wife/widow, and Meredith. They found each other after much travail, and were such a loving couple.

I've been grieving him all day today, and probably will be grieving for some time yet. I met him when I was 17, and he saw me into adulthood and launched me into psychology. What strength, what empathy, what all he overcame himself. Very much a human being, but so aware of the power of the transference and of his responsibility to hold that projection until the patient is ready to re-integrate its power. Thank you. Thank you. We love you. Good-bye.