How fast does a wildfire move? 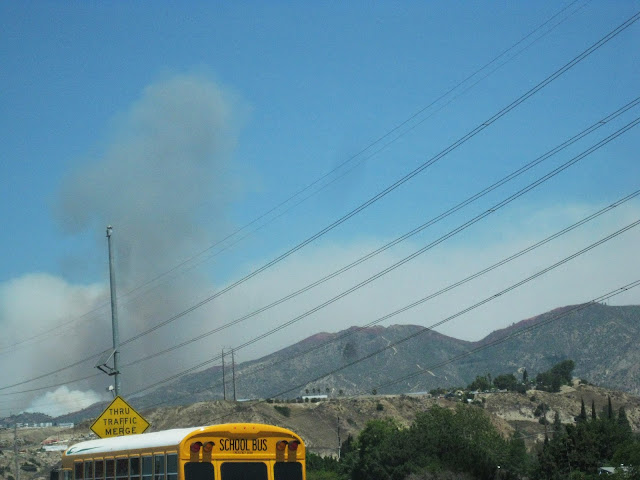 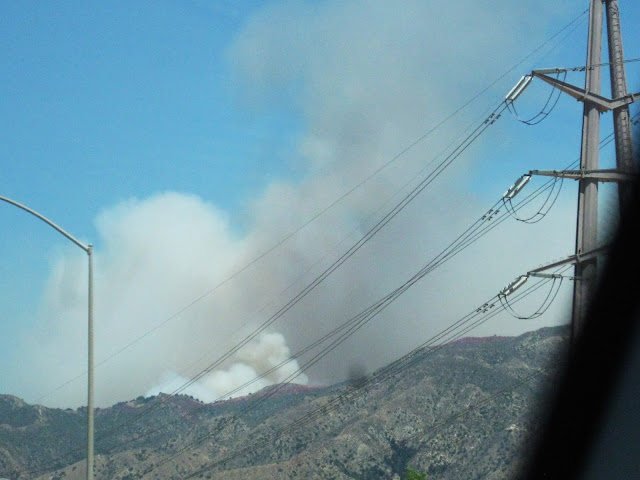 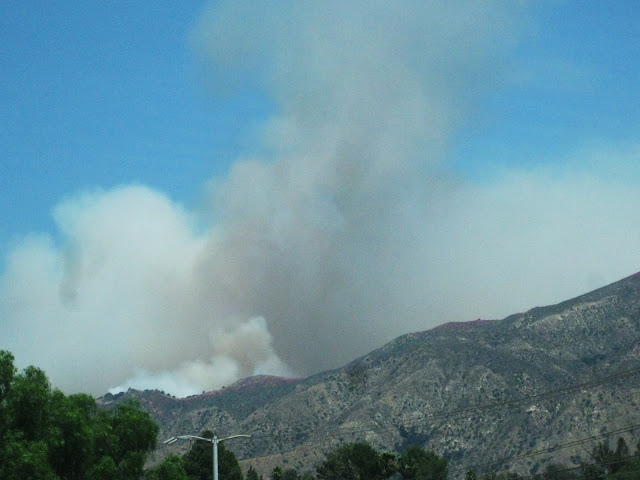 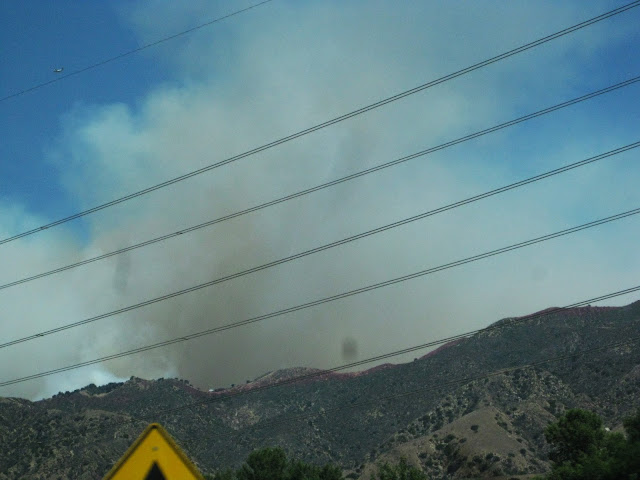 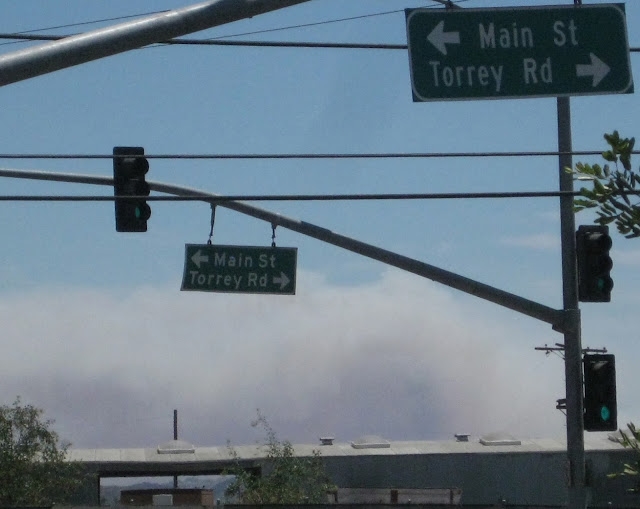 As we drove out of Los Angeles on our way to San Francisco, we saw a wildfire just getting started. All but the last photo are taken from a moving car. Time elapsed between the first four is roughly 2 minutes each. The final photo is taken about 30 miles and 40 minutes after the first. As you can see, smoke from the fire has spread to cover most of the horizon. Here is how to read the smoke:  the initial black is soot from the burgeoning fire; the white is steam from the plants that still had a bit of moisture but had it boiled out by the flames; the final dirty white/pale gray is the drape of ash spreading over the landscape. This was in the general area of the Sand fire. When we drove back six days later, the fire was only 40% contained. The air made me cough, hard, every time we got out of the car.
Posted by Karen G-M at 11:36 AM