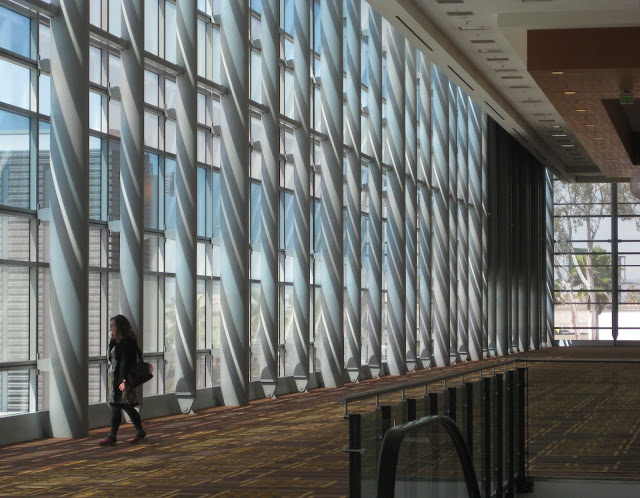 See, you got some 20,000 people (I think) roaming all over, up and down the escalators and stairs and over from the Los Angeles Convention Center to the Marriott Hotel, approximately next-door but only by Los Angeles standards (my phone app claims that I walked six miles the first day), and I would guess that more than the usual proportion are introverts. So, you have many people getting very excited at making social contact, very nice, but people who then require some quiet time to replenish. 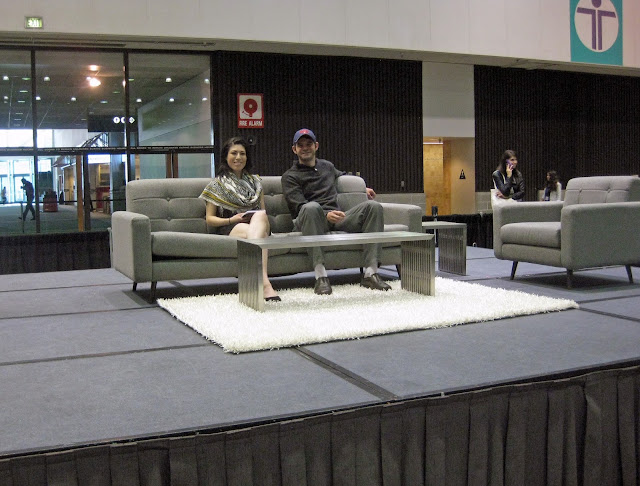 Some people found islands of quiet in noisy places. Some resorted to the Emily Dickinson Quiet Space. That is, the people who were able to find it. I did find it; it was mostly empty, which was fine, but it was also cold and white, a small banquet room, which was weird. Ten large round tables with ten hard chairs at each one; each table used by only one person; people who jumped and glared when I sneezed, or clicked. No photos came out, btw; what is there to show about starched linen? I had hoped for comfy chairs, even a sofa or two. At least I could prop my chin on my hands and shut my eyes. And I swear:  I have never seen so many blank books in one smallish space, particularly being scribbled into diligently.
Posted by Karen G-M at 12:21 PM