Time to bite the bullet 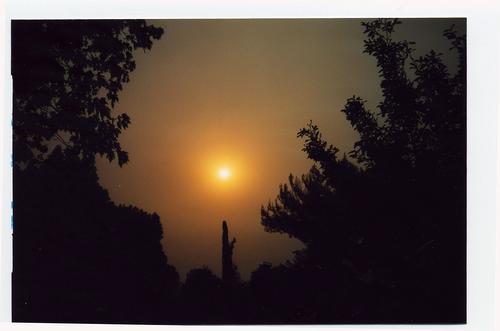 Yesterday came yet another dreadful massacre (how many in 2012 already?). Now there are many cries urging us to find understanding of what happened. In my view, there is little that requires deep understanding--an angry, disturbed, isolated, unhappy young man who felt powerless--but there is much to think about.

There are many men who are seriously disturbed emotionally, who are angry and feel powerless, who hate their parents, who are isolated and unhappy with little hope of future improvement. Some of these men might have access to psychotherapy; some of them (I'm guessing, not very many) might actually get themselves into therapy, where they will not be particularly successful clients. Those men who were students at universities had often been in counseling, and their therapists had even alerted the administration that there was cause to be worried. Even if there were the funds, and the social support, even if they were to be sought out and welcomed by those around them--big IF--these men are not especially likely to be able respond in ways that would lead to more contact. None of this matters unless the man acquires an assault rifle. Even a very angry man, without a gun, might start a fist-fight, draw a knife, or drive a car the wrong way down a highway, but none of these actions can kill as many other people as an assault weapon.

I worked as a clinical psychologist for over 35 years. I did therapy with patients in my office and in psychiatric hospitals. I performed evaluations in both settings. I've talked with and listened to a lot of seriously disturbed people. I also took my knowledge and experience and tried to pass them on when I supervised and trained doctoral students, and taught capstone courses in two doctoral programs. You may suppose that I had occasion to assess the degree to which patients were at risk for killing themselves. Frustration, powerlessness, diminished hope for the future, social isolation can all be important considerations. The critical factors, however, are:  intent; plan; lethality of the plan; and, access to means. That is to say, is he serious; has he worked out how to do it; is the plan one that would result in death; are the means to carry out the plan available? Men's suicide attempts are more often fatal than are women's, mainly because men generally select more lethal means, such as guns, car wrecks, or hanging. These means are so effective that rescue is mostly too late. Women, who generally select quieter means such as overdosing, can often be rescued and the damage undone. This young man had strong intent, which expressed itself in a considered plan, and, guns are more lethal than most anything else. Still:  none of these would have mattered much to us, had he not had access to the means of carrying out his plan, namely, assault weapons manufactured for the sole purpose of killing many people very quickly.

People who love their guns are free to hunt game--not my thing, at all, but I can accept it, especially if they eat what they have killed. People who delude themselves that they can protect themselves and their family by having a gun in the house are much likelier to kill a family member or to have the weapon turned against them by the intruder than they are likely to achieve actual protection; in any case, they do not need to be able to kill 600 intruders per minute. There is, simply, no reason in our society for access to assault weapons. That is what needs to be understood. That is the bullet to bite.
Posted by Karen G-M at 11:10 AM