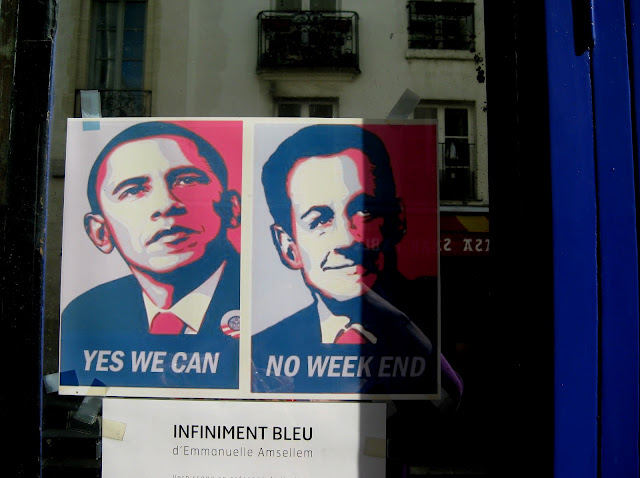 Dancing with the Polls
Not that I’ve ever been to a prom, but
if the election were that kind of dance,
Mitt Romney would be the boy who asks you
four months ahead, and
you don’t actually want to go with him,
but at least you’d have a date, and
Newt would be the class president
who asks you a month ahead,
and he thinks he impressed your parents, but
he calls you two days before
to say he forgot but he’d asked a girl
at another school, and their prom’s the same night,
and how would you feel about sharing him, and
Rick Santorum would preach against slow dancing,
and Obama would be the boy
no one thought could get elected Prom King
and he would look so fine in his tux
and would be one hell of a slow dancer,
and Sarah Palin would sneak in without a ticket,
and bitch when she got caught
trying to crash the Court.
Posted by Karen G-M at 2:06 PM